One click away from better skin!
Plasma Pen Treatment
BY COSMETIC DOCTORS

As seen on
TRUSTED BY

GET THE BEST RESULTS 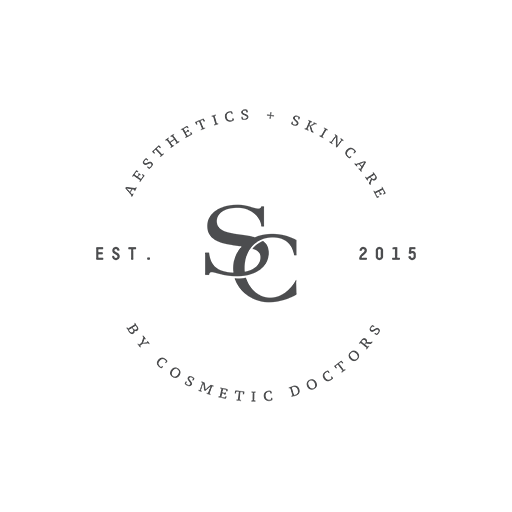 Plasma Pen treatments are a revolutionary approach to skin lifting and tightening that is non-surgical. The procedure starts by targeting the epidermis, the outer layer of the skin, effectively removing the outermost layer by heating it, allowing fresh skin to form in its place. A secondary effect caused by this process is the stimulation of collagen and elastin production, which provides natural-looking plumpness and a lifted appearance to the face. In addition, the treatment offers results relatively quickly, resulting in the improved lift and tightening of the skin.

At SKIN CLUB – Cosmetic Doctors, you can have confidence in the Cosmetic Doctor Difference. Our cosmetic procedures are all administered by expert cosmetic doctors who use only the highest quality products and the latest technology. Each patient is an individual with unique concerns and goals, and our tailored consultation, treatments and aftercare reflect this. See our SKIN CLUB Journey below to find out more.

Make payments on your terms.
All you need to know

All you need to know about
Skinclub Plasma Pen Treatment Melbourne

What Can Plasma Pen Treatments Be Effective in Treating?

How Are Plasma Pen Treatments Performed?

Using a device held by the practitioner, plasma is generated at the targeted area of the device. During this process some visible smoke is produced, this is due to a process called sublimation, which is described merely as the shift from a solid to a gaseous state.

The device heats the outer layer of the dermis, resulting in to shed post-procedure and allowing a new layer to form in its place. As this layer regenerates with a fresher-looking skin surface, collagen and elastic is naturally produced by the body in response to this. Thus, further increasing the effects caused by this treatment. No thermal damage is caused during this process, nor is any electricity produced to shock you.

While you may be thinking of plasma associated with blood, this form of plasma is the fourth state of matter itself. Think of what a liquid, gas, and a solid is, then you have plasma; it is described as a liquified gas. Being neither a liquid, solid, or gas alone, it is considered the fourth state of matter. The more technical description to describe plasma is that the electrons are stripped from the atoms forming an ionized gas, which allows ions to move freely.

How Long Does It Take to See the Effects of Plasma Pen Treatments?

A lot of patients report starting to notice improvements in skin tightening within a few days post-treatment. However, you can expect to see more dramatic improvements in the treated areas around six weeks afterward. The average time at which the full outcome of the procedure can be visible is typically around the three-month mark after the treatment.

Depending on what you are trying to achieve, you may find that you will get further benefits from up to three treatments in succession to treat more difficult cosmetic concerns effectively. The recovery is fast as it’s a non-surgical procedure making this less daunting of a possibility.

How Long Does the Effect of Plasma Pen Treatments Last?

One of the impressive things about plasma pen treatments is they can last for up to three years. This lasting period makes it a frequently considered option for those who are more budget conscious, and for those patients that just like to spend less time dealing with cosmetic issues and rather be enjoying themselves.

Is a Plasma Pen Treatment Invasive?

Compared to many alternatives, it is quite non-invasive. There is no cutting of the skin required and is quicker than surgical alternatives, while also lacking the need for general anaesthesia further reducing the intensity of the treatment and stress on patients.

The average length of treatment is around half an hour, which considering the results and the lasting period is hard to argue is a quick and impressive trade-off when it comes to time cost. Post-treatment, there is often a form of small scabs and slight swelling. This typically resolves quite quickly and the visible results begin to show soon after.

Considering the low time cost in both the treatment and recovery, along with the lasting period and excellent results that can be achieved it’s not surprising Plasma Pen Treatments are a common request by patients at our clinic. We are skilled at administering Plasma Pen Treatments which is why we are highly regarded for our services and frequently heavily booked. We don’t accept walk-in appointments to ensure our patients have all our attention, so if you think this treatment might be for you come to see us for a personalised assessment and an obligation-free consultation with SKIN CLUB Cosmetic Doctors.

GET THE BEST RESULTS

We offer a detailed and personalised level of care to all of our patients. After your treatment, you will receive a comprehensive aftercare guide, along with after-hours phone support and booking for your complimentary review appointment.
All you need to know

We use state of the art technology to perform all our procedures, which provide unrivalled results for your skin and body. Our products and technologies are sourced globally from top manufacturers.
Latest Technology

At SKIN CLUB – Cosmetic Doctors you can have confidence in the Cosmetic Doctor Difference. Our fully qualified medical team with over 10 years of experience guarantees all our procedures are performed with expert and safe techniques.
Qualified Doctors

Our clinic takes pride in operating all our procedures responsibly and ethically. Our main priority is to maintain patient wellbeing, after every procedure our doctors will take the time to review your recovery process.
Safe Treatments

Our doctors have formulated a process to ensure their patient’s safety is the first concern and exceed their expectations.

Start your journey with a consultation

Your treatment journey begins with a detailed consultation where the cosmetic doctor performs an in-depth medical examination where you can discuss your concerns and areas you would like to improve. This is a chance for our cosmetic doctors to determine the clients’ wishes and design the perfect treatment plan.

Select a date for your treatment

On your Treatment Day, you will be greeted by our warm and friendly staff who will make you feel totally at ease. Before treatment, our patients are adhered with a numbing solution or local anaesthetic to ensure the treatment is comfortable and painless. The doctor will make sure you feel safe throughout your entire procedure and love your final results.

After every procedure, our specialised doctors will provide you with specific instructions and guidelines for post-treatment care. Aftercare is crucial to the health and safety of each patient as well as determining the best outcome of your results.

We know that you will not only love your look, but you will also love the journey and experience here at SKIN CUB Cosmetic Doctors. We pride ourselves on the utmost professional service and patient experience before, during and after your procedure. Be In The Best Care

Skin Club’s Cosmetic Doctors are highly trained and renowned for acheiveing great results. Dr Vi Sharma has worked in the field of cosmetic surgery in both Melbourne and Sydney since 2012 and has a loyal patient base spanning several countries. He has a Bachelor of Medicine & Bachelor of Surgery, Monash University; and former member of the Australasian College of Aesthetic Medicine and the Royal Australian College of General Practice. Dr. Vi Sharma is actively involved in training doctors and nurses in aesthetic and cosmetic treatment modalities. Get in touch for your free consultation today.

💋 Fuller and Gorgeous Lips. Make them pop and s

Join the club for latest offers and news.